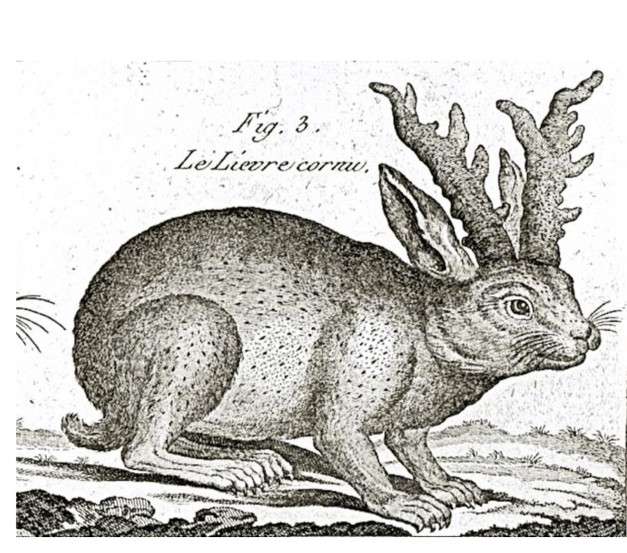 If you step into any Midwestern tavern, you are bound to see heads of moose, deer, rabbits, and bears adorning the walls. But occasionally, you can also find a stranger creature — the mythical jackalope.

The jackalope resembles any rabbit or hare except for the antlers sprouting out of the top of its head. The ones mounted on walls were created by wily taxidermists and are as real as P.T. Barnum’s Fiji Mermaid. But ask the locals if the jackalope exists and they will tell a different tale. They say the jackalope mimics human voices, enjoys whiskey, and is extremely dangerous. And many have taken pictures of it in the wild.

Is the jackalope just a creature of urban legend or a whiskey swigging hell bunny? Well, hide your Easter eggs, kids, because the jackalope is coming for you.

In June 2020, the Smithsonian’s mammal collection manager, Suzanne Peurach, stumbled upon a jackalope in their specimens’ collection. At first, she thought it was another hoax. But upon further examination, she realized that the jackalope was not cobbled together by imaginative taxidermists.

It actually had horns.

Ok, not technically horns. It had cutaneous horns or tumors.

These horns are caused by the Shope papillomavirus which causes cottontail rabbit papillomavirus (CRPV). CRPV causes hard, hornlike tumors to grow out of rabbits, mostly around their head, mouth, and eyes. The human form of this virus (HPV) also causes cancerous growths. In fact, our recent HPV vaccine was developed from CRPV. (Thanks, jackalope!)

What is science going to wreck next? Do unicorns just have a giant carcinoma sprouting out of their heads?

Well, I hate to ruin a good legend but the jackalope is not the only mythical creature that science can prove exists. The following fabled monsters have some very logical explanations behind their fantastical sitings.