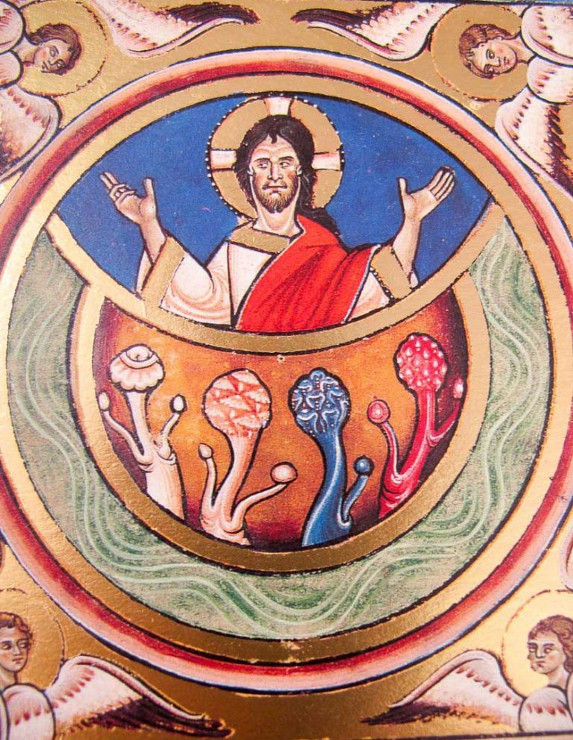 A psychedelic painting in Canterbury Cathedral in England

Jerry Brown, Ph.D., and Julie Brown’s book The Psychedelic Gospels: The Secret History of Hallucinogens in Christianity elucidates the mysterious relationship between psychedelics and Christianity.

The Browns backed their claims with abundant Christian iconography found in middle-eastern churches and Europe.

During their visit to the famous Canterbury Cathedral in England, they observed a psychedelic painting where Christ was surrounded by plants at the bottom. These were not ordinary plants but psilocybin mushrooms including Amanita muscaria, blue psilocybin, and two other varieties of Psilocybe.